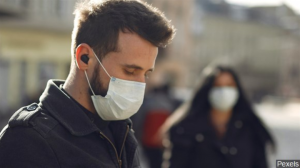 SUPERIOR, Wis. – The Superior city council has voted to renew the city’s mask mandate through the end of April.

Previously, when Gov. Tony Evers ordered his mask mandate, the city of Superior let its own mandate expire.

However, the Assembly could repeal Evers’ mandate as soon as this week, and because of this Mayor Jim Paine says it’s best to put the mandate back in place — just in case.

US Proposes Once-A-Year COVID Shots For Most Americans

Difference of Opinion for Non-Binding Referendum in Wisconsin