Doctors Who Say No To Opioid Use Face Threats From Patients 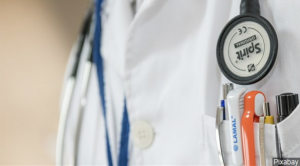 Doctors say they’re facing increasing threats of violence for refusing to prescribe opioids or trying to wean patients off the addictive painkillers.

The issue was underscored by Tuesday’s shooting at a Minnesota clinic that left one person dead and four injured.

Authorities say 67-year-old Gregory Paul Ulrich was angry about his medical treatment and had threatened a similar mass shooting in 2018 as revenge for what he called “torture” related to back surgeries and prescribed medication.

Doctors say they’ve been harassed, stalked and threatened with injury and death by patients who believe they need opioids.

Many have installed alarm systems and panic buttons, and set up exams rooms so doctors are closest to the door.