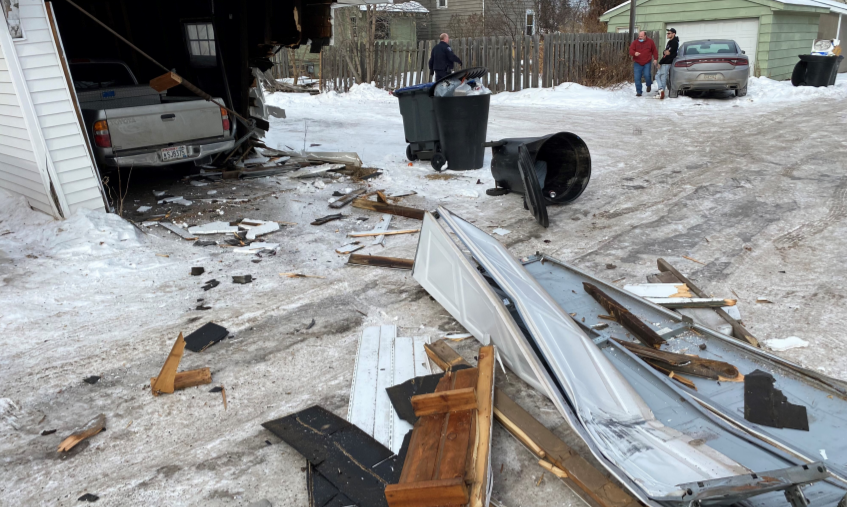 SUPERIOR, Wis. – Authorities in Superior say two separate vehicle pursuits on Wednesday resulted in the arrest of both drivers and non-life-threatening injuries to two officers from the Duluth Police Department who were assisting in one of the pursuits.

The first incident happened around 11:30 a.m. when officers and investigators with the Superior Police Department and Duluth Police Department attempted to stop a driver near the 2000 Block of Hammond Avenue in Superior who was wanted for multiple violent offenses.

Police say the male suspect fled in the vehicle and drove his car at officers, causing significant property damage to a garage, two fences, private vehicles, and multiple police vehicles.

The pursuit eventually ended near 40th Avenue West in Duluth. The male suspect was taken to the St. Louis County Jail for felony warrants of 2nd Degree Assault with a Dangerous Weapon, 2nd Degree Sale of Cocaine, 2nd Degree Possession of Methamphetamine and Cocaine, Possession of Ammunition, and Fleeing Police in a Motor Vehicle.

Meanwhile, authorities say about half an hour later two officers with the Superior Police Department who were returning to Superior from the first pursuit saw a known suspended driver operating a vehicle in the 600 block of Grand Avenue.

The officers attempted to perform a traffic stop on that vehicle, but the driver fled from the officers.

The vehicle was later found abandoned in front of the Superior High School.

Authorities say the driver and passenger fled on foot from the vehicle but were apprehended a short time later.   The driver was arrested. The passenger was eventually released and not charged.

Police say there is no further danger to the public.