Standoff with suspect continues on the 2300 block of West 4th Street.

UPDATE: Our reporter on the scene says multiple officers entered the home and gunshots were fired. Police have not confirmed if the standoff is over.

24th Avenue West between 3rd Street and 5th Street is closed to traffic until further notice.

Our reporter on the scene says at 11:45 a.m. the police department used a type of tear gas or smoke grenade on the house.

Around 10 a.m. a female was removed from the residence, according to our reporter at the scene.

Also the armored vehicle being used is from another department. The Duluth Police Department does not currently own one. 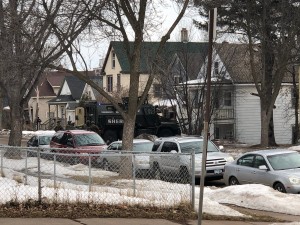 The current scene on the 2300 block of West Fourth Street.

DULUTH, Minn. — Duluth police say one of their K9s has been shot and killed during a domestic assault call in the Lincoln Park neighborhood.

Upon arrival, officers learned the male suspect had felony warrants and refused to surrender. 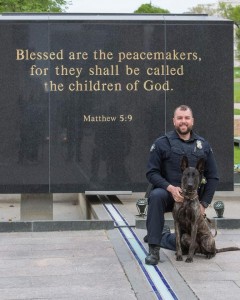 “K9 Luna was sent in to apprehend the suspect, at which point the suspect fired shots and hit K9 Luna, according to Ingrid Hornibrook, police information officer.  “Officers returned fire, retreated from the residence, and set up a perimeter to contain the scene.” 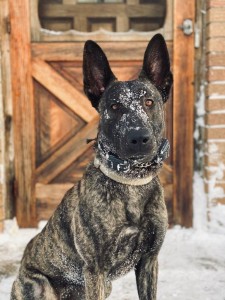 As of 7 a.m., police said they did not have any evidence the suspect is injured.

“The suspect continues to be dangerous, armed, and uncooperative. This incident is an active, ongoing, and dangerous situation, and the public is asked to stay away from the area,” Hornibrook said in a press release before 7 a.m.

The Northland K9 Foundation released the following statement Friday. It reads in part:

“Our prayers and thoughts are with Officer Haller, his family, our law enforcement community and all who loved K-9 Luna. Her endless enthusiasm for work and play brought joy and hope to so many of us. We know it’s natural to ask questions through the grieving process. Please be patient and wait for information to be released rather than pose questions in the comments that appear to second guess how the situation was handled. We will certainly share more information as it is learned.”

This is the second K9 to be killed in the line of duty in the Duluth Police Department’s history. 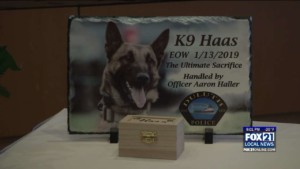 K9 Haas was shot and killed in January of 2019 during a domestic assault call.

Officer Aaron Haller was the handler for both K9s.  Haller told his emotional story to FOX 21’s Dan Hanger in 2019 about the night of Haas’ death and the new beginning with Luna as she trained to be on the force.  You can watch their journey here.

K9 Luna received donated body armor in memory of Haas in March of 2020.

The Minnesota Sheriff’s Office Association also released a statement on the death of K9 Luna:

“Rest In Peace, K9 Luna. Our thoughts are with the Duluth Police and Officer Aaron Haller, after K9 Luna was shot and killed in the line of duty last night.”