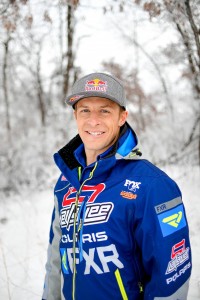 DULUTH, Minn. — Professional snowmobile stunt rider Levi LaVallee had to be rescued from the waters of the Duluth Harbor Monday during a filming shoot for an upcoming video.

The water emergency happened at 4:35 p.m. off Rice’s Point.

“The Duluth Fire Department was on scene as a precautionary measure and was able to retrieve Levi in under a minute using Marine 3, our rapid response vessel,” according to Kate Van Daele, the city’s public information officer. 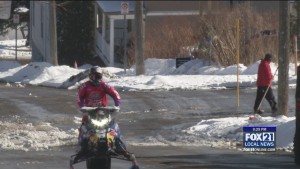 “We can confirm that Levi LaVallee was swiftly and safely retrieved from the water today during a filming project. The film team will communicate if there are any changes to the project moving forward. We are not able to provide any additional information at this time. Thank you for your understanding,” Van Daele said.

LaVallee is a native of Longville, Minnesota. His professional career began right here in Duluth with Snocross at Spirit Mountain before becoming a 13 time X Games medalist and world record holder.

He’s known in his videos for wild jumps onto buildings and through downtown cities like St. Paul where he also shows off much of the beauty of those cities.

LaVallee is in Duluth all week filming stunts with Red Bull at undisclosed locations, like on Lake Avenue, which happened on Sunday.

Crazy for Carnitas? Bucktales Cantina and Grill Specializes in the Authentic Mexican Dish