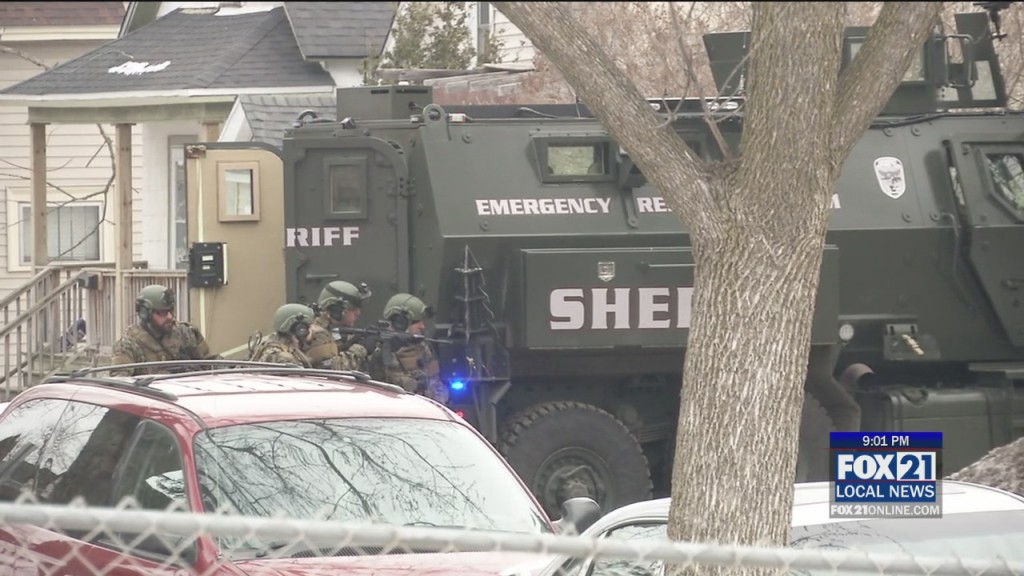 You can read his full statement below:

In the past days, our department, community and partner agencies have experienced a multitude of emotions in trying to make sense of the tragedy that happened in our Lincoln Park neighborhood.

On Thursday night, DPD responded to the report of a domestic. Officers on the scene ensured the female was safe and identified a suspect who had warrants for his arrest. Domestic calls for service are among the most dangerous for our officers. These calls are most likely to result in subject resistance and the assault of officers. Despite this, we respond to domestics every day and our response to partner violence at DPD is engages our community partners who offer services and safety to victims.  Our response is often called “The Duluth Model,” and is recognized as best practices nationally and internationally.

Four officers and K9 Luna were searching a residence for the subject when K9 Luna was shot and killed. This set into motion negotiations and tactics to gain voluntary compliance and a surrender we had all hoped for but would never come. The subject promised not to surrender but hearing this before, we have a track record of successfully navigating these situations and finding peaceful resolutions. For scene and officer safety, we requested the Superior Police Department and St. Louis County Sheriff’s Office deploy armored vehicles to stage at the doors to help with negotiations and tactics.  These vehicles allow us to safely deploy resources nearby that would otherwise be far too dangerous to deploy staff and maintaining safety buys us time to slow things down and do negotiations to get a peaceful surrender.

It was about 10PM Thursday when my phone rang with the news of officers working to secure the arrest of a subject of a domestic investigation and having felony warrants had shot and injured K9 Luna.  Fortunately, no officers were injured.

My first stop was to check in on Officer Haller at the Blue Pearl Animal Hospital and just blocks away from the scene. Officer Aaron Haller was surrounded and supported by our colleagues from DPD, Superior PD, and Saint Louis County Sheriff’s Office. He was understandably emotional and I could only offer him a hug to ease his grief. My emotions ranged from feeling blessed he and our officers were OK, to sadness that another police K9 had died tragically and understanding the impact this loss would have on Aaron, his family, the department, and the community.

Next, it was on to the scene to get a briefing and an update. The focus shifted to the other officers involved in responding with Officer Haller and Luna who experienced the terror of the incident and were each removed from service. When critical incidents happen, I am intentional about seeing officers, talking with them, supporting them, and ensuring they are doing OK. All officers were shaken and emotionally upset. This incident brought with it a heavy emotional burden and it is yet another significant and traumatic event experienced by our cops and deputies over the course of a career.

From Thursday night to Friday afternoon, LE was on scene for a total of twenty hours. The longest standoff in my 29 years at DPD. Ten hours in, our staff had grown weary. Tired, hungry, and in need of rest, we called upon our partners at the Saint Louis County Sheriff’s Office to give us respite. They came without hesitation to an already dangerous and lengthy standoff and knew their response would be treacherous and challenging. I stopped in their command vehicle on scene on Friday afternoon and I was extremely impressed with their proficiency and professionalism. After another 10 hours, attempts to gain voluntary compliance through a variety of tactics and negotiations proved unsuccessful in getting a peaceful surrender we all wanted.

On Saturday, our staff, local LE, officers from around the state, and community members came to pay their respects to Luna through a processional. Staff attended, some with family members, and it was emotional. Seeing the overwhelming support of our community and the communities along the procession was heartwarming and appreciated. The community support of our critical work is so important because it is a show of approval by the people we serve.  We understand that without community support, we can’t do our jobs together to keep the community safe.

After days of thought about this incident, I don’t have answers but takeaways; some are blessings and some require more contemplation. I am proud of the officers from DPD, the deputies from the St. Louis County Sherriff’s Office, and officers from the Superior PD who modeled remarkable courage and professionalism during a dangerous situation by placing themselves in harm’s way to garner a peaceful surrender.  We are truly blessed that our LE staff are safe and well and returned home to their families, friends, and those they love the most. K9 Luna’s sacrifice saved lives. We cherish our community who supports us and partners with us. Our collective wishes and efforts to write a peaceful end to this story, sadly could not influence the outcome. Together as a community we must all work on preventing crisis, and not responding to it. The investigation may provide answers, but for those who lived it, we pray for them to find peace to ease the burdens that they carry with them.