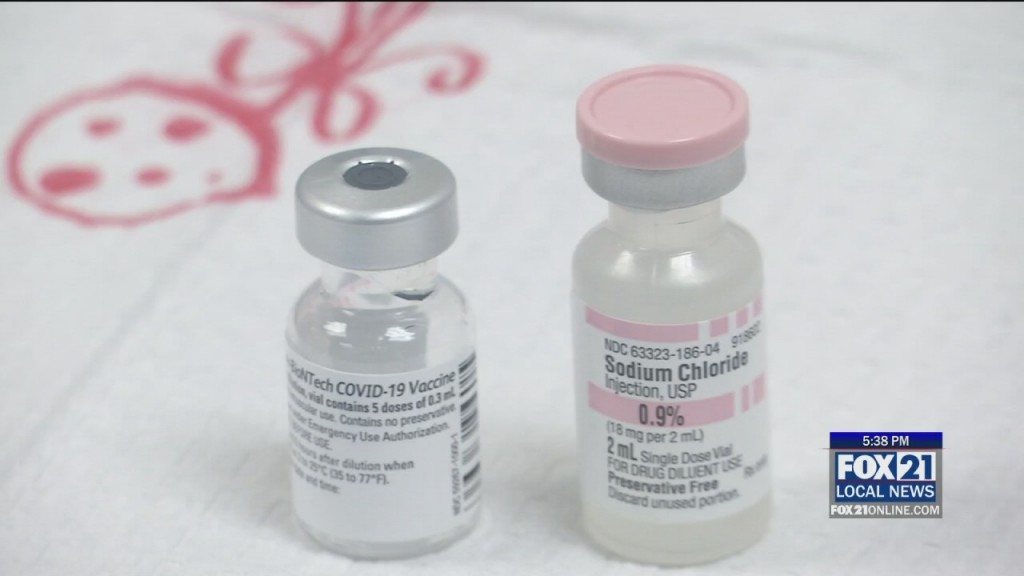 (FOX 9) – Despite the impressive number of people being vaccinated in Minnesota, some doses are going to waste.

According to state records, 320 vaccines have been thrown out. Officials say some of that is due to human error while some is a result of providers being unable to find an eligible candidate to give the shot to in time.

“I figured a vile broke here and there but 320 is a bigger number than I would have expected,” said Maura Caldwell.

Caldwell started a Facebook group that helps Minnesotans identify extra doses at clinics across the state.  The group has more than 21,000 members.

Knowing that doses have been wasted is a hard pill to swallow, knowing so many vulnerable people who want the shot.

“There’s somebody nearby or someone who can get there if they know it exists,” said Caldwell.

According to the Minnesota Department of Health, 320 doses have been thrown away statewide since vaccinations started.

Broken down by county, Ramsey tossed 27 doses, Hennepin threw away 13, with the most waste occurring in Cass County where 91 doses have been thrown away.

Fox 9 was unable to reach health officials in Cass County for an explanation.

“That represents like .0002 of total doses,” said Infectious Disease Director Kris Ehresmann with the Minnesota Department of Health. “So it is a very small number.”

While providers have said they feel restricted by eligibility guidelines when they encounter extra doses, Ehresmann says the state has advised them to use all doses by the end of the day.

“We definitely have asked them to have a plan, but we’ve also said, don’t waste doses,” said Ehresmann. “Don’t have eligibility be such a limiting factor that you waste doses.”

To Caldwell, even one dose wasted is too many.

“There are people who are out there who are really looking for a vaccine,” said Caldwell. “I come across a ton of people who are not quite eligible and are just waiting their turn and hoping they’ll be next.”

Minnesota requires all wasted vaccines to be reported to the state.