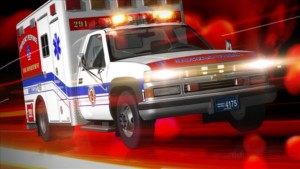 The St. Louis County Sheriff’s Office says a 12-year-old boy was transported to St. Luke’s Hospital by LifeLink III with a broken femur.  A 6-year-old boy suffered a head laceration and was taken by Mayor Ambulance to St. Luke’s, as well.

The juveniles were not wearing helmets or safety belts at the time of the accident, according the Sheriff’s Office.

Officials believe equipment on the UTV failed on the ice before the accident.

“The Sheriff’s Office would like to encourage operators to exercise caution when using recreational vehicles on frozen waters as warming temperatures cause ice conditions to deteriorate. In addition, the Sheriff’s Office would like to remind the public that all passengers and operators of ATVs under the age of 18 are required to wear a DOT-approved helmet and utilize safety belts (when equipped) at all times while the vehicle is being operated on public land, water, or right-of-way.”