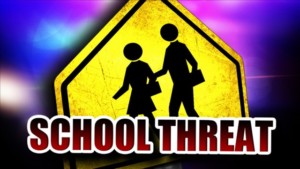 The 12-year-old boys are in the custody of the Douglas County Juvenile Intake. The Sheriff’s Office says authorities were made aware of the threats Tuesday night.

The two juveniles were overheard by other students making detailed, specific plans to not only shoot up the school but target a “specific individual,” according to officials.

Authorities believe there is no further threat to any schools in the Maple School District. However, extra patrols will be on hand the rest of the week.