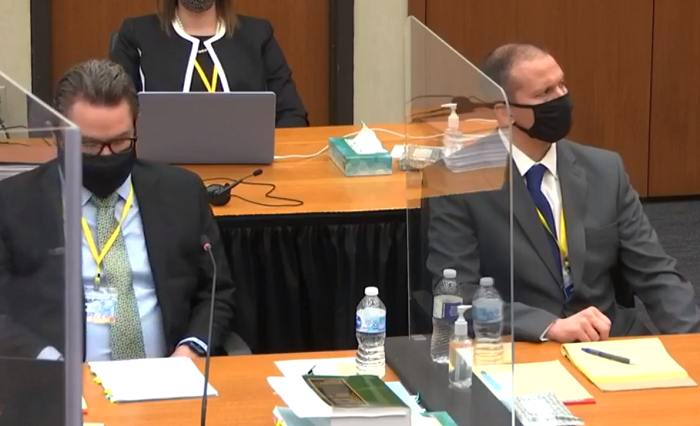 MINNEAPOLIS (AP) – Lawyers for a former Minneapolis police officer charged in George Floyd’s death are asking the judge to admit evidence of a previous arrest in which the Black man was found with drugs, a request the prosecutor derided as an attempt to “smear” Floyd’s character.

Derek Chauvin’s attorney Eric Nelson says Floyd’s arrest in May 2019 and last May were remarkably similar.

Floyd ignored officers’ commands, put something in his mouth, and had to be physically removed from a vehicle.

Judge Peter Cahill says he could rule on the request as soon as Wednesday.