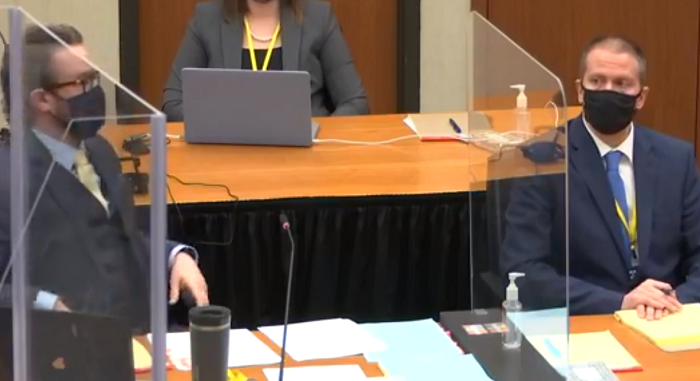 A prosecutor said Thursday that a forensic psychiatrist should be able to testify that Floyd’s actions when he struggled with officers trying to put him in a squad car were consistent with any reasonable person’s anxiety or panic during a traumatic event and that he wasn’t necessarily resisting arrest.

Floyd said he had claustrophobia. Chauvin’s attorney says if that is allowed, he should be able to tell the jury about Floyd’s drug arrest a year earlier when he did not resist getting put into a squad car.

The judge will rule on Friday. Ten jurors have been seated so far.

Jury Instructions Sewn up in Trial Over Daunte Wright Death