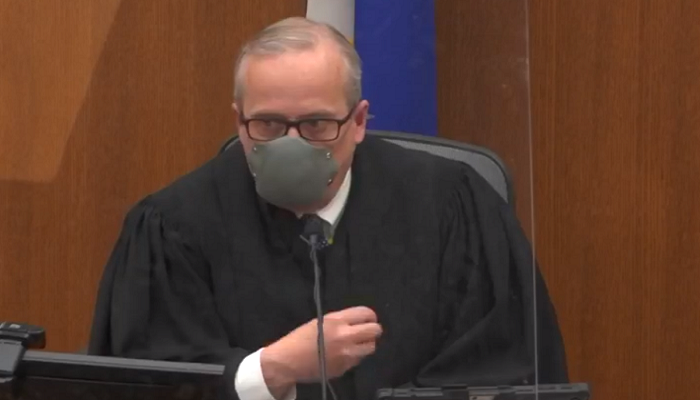 MINNEAPOLIS (AP) — A judge on Friday denied a defense request to delay or move the trial of a former Minneapolis police officer charged in George Floyd’s death after a $27 million settlement for Floyd’s family raised concern about a tainted jury.

Jury selection was halfway complete last week in former officer Derek Chauvin’s trial when the city of Minneapolis unanimously approved the payout to settle a civil lawsuit over Floyd’s death.

Chauvin’s attorney, Eric Nelson, called the timing of the settlement deeply disturbing and unfair and said it jeopardized Chauvin’s chance for a fair trial.

Chauvin is charged with murder and manslaughter.

Floyd, who was Black, was declared dead May 25 after Chauvin, who is white, pressed his knee on Floyd’s neck for about nine minutes while he was handcuffed and pleading that he couldn’t breathe.

Floyd’s death, captured on a widely seen bystander video, set off weeks of sometimes-violent protests across the country and led to a national reckoning on racial justice.