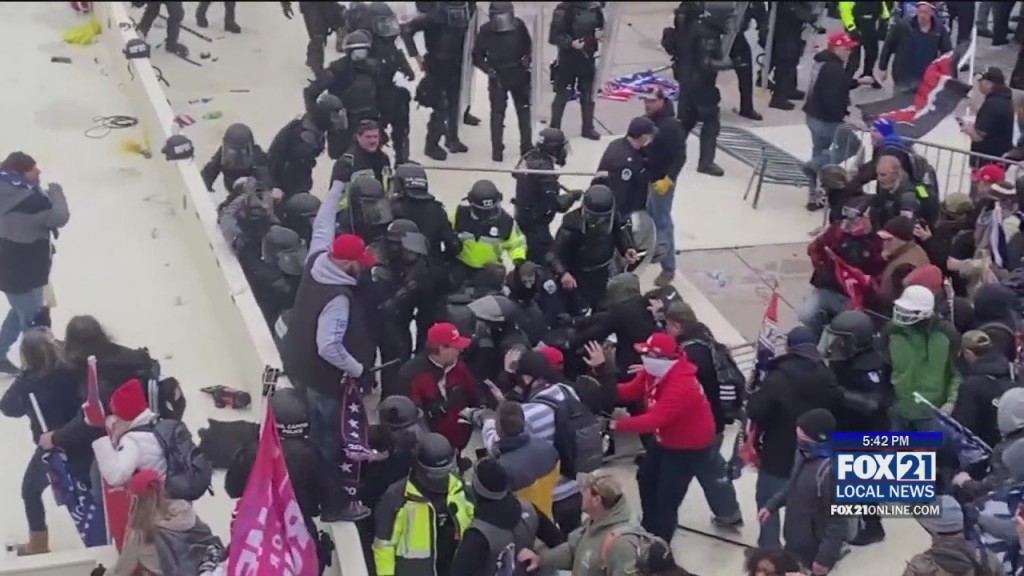 MINNEAPOLIS (AP) — Federal prosecutors have charged a Minnesota man in connection with the U.S. Capitol siege.

The U.S. attorney’s office tweeted Friday that 31-year-old Jordan K. Stotts with trespassing in connection with the Jan. 6 incident. FBI agents took him into custody Friday. He was set to make his initial court appearance in Bemidji later Friday afternoon.

More than 300 people have been charged in connection with the siege, launched by former President Donald Trump’s supporters in a failed attempt to prevent Congress from certifying Democrat Joe Biden’s election victory.

Stotts is the first Minnesotan charged in the incident, according to a database maintained by federal prosecutors in Washington, D.C.