3 Students Cited in Theft of Rare Tree in Wisconsin 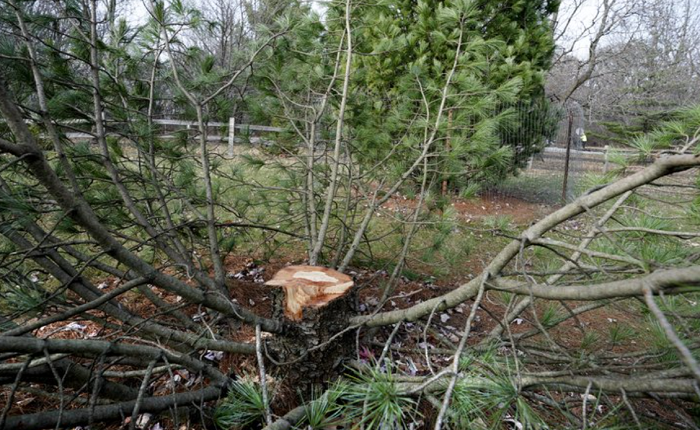 MADISON, Wis. (AP) — Police who were stumped by the theft of a rare pine tree in November from the University of Wisconsin Arboretum said Friday that they have cracked the case.

UW-Madison police said three 19-year-old university students stole the tree as part of a “pledge” activity for the former Chi Phi fraternity, which hasn’t been recognized as an official student organization since 2015.

Police said they acted on a tip, and that the three admitted to purchasing a chainsaw, renting a U-Haul, and stealing the 25-foot Algonquin Pillar Swiss Mountain pine. The stolen tree was about 30 yards from a street that runs through the arboretum, which is a popular spot for walkers, joggers, bicyclists, and nature lovers.

The tree was planted in 1988 and its theft drew widespread attention.

After learning how rare the tree was, and that police were investigating, the students destroyed it and disposed of it outside of the city, university police said.

Each of the students was cited for removing the tree, which is punishable by a $200 fine.

A university spokesman had no immediate comment on whether the students would also face discipline from UW for the theft.