Initial reports indicate that alcohol could have been a factor in the accident and that Rosin may have been disoriented upon exiting, officials said. 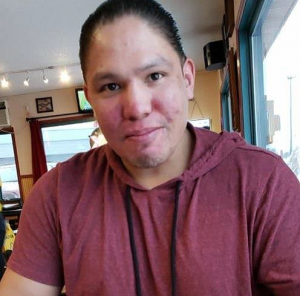 ASHLAND, Wis.- Authorities are on the lookout for a 32-year-old man who allegedly left his vehicle after a rollover crash just south of Ashland.

Sheriff’s Deputies responded to the scene and located a vehicle on its roof. No one was located with the vehicle or in the area around the scene nor was anyone located at the local hospital.

Currently, investigators believe the operator of the vehicle was Kevin Rosin (32, Odanah) who, after the crash, left the scene.

Rosin’s phone was recovered with the vehicle. Initial reports indicate that alcohol could have been a factor in the accident and that Rosin may have been disoriented upon exiting, officials said.

Family members reported that Rosin had not returned home later in the morning of the 26th nor had he made any known contact with others, according to authorities.

Authorities say the highest priority is locating Rosin and checking his welfare. The Ashland County Sheriff’s Office is asking anyone with information as to his whereabouts to contact the Ashland County Communications Center at (715) 682-7023.

Investigative efforts are ongoing and further information will be released when available.