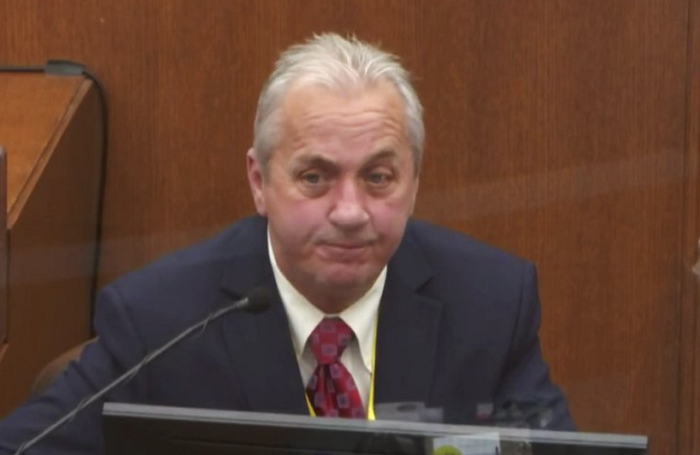 MINNEAPOLIS (AP) — The head of the Minneapolis Police Department’s homicide division has testified that kneeling on the neck of someone who is handcuffed and lying on his stomach is top-tier, deadly force, and “totally unnecessary.”

His testimony came a day after a Minneapolis police supervisory sergeant who was on duty the night Floyd died testified that he believes the officers who restrained Floyd could have ended it after Floyd stopped resisting.

Chauvin is charged with murder and manslaughter in Floyd’s death.