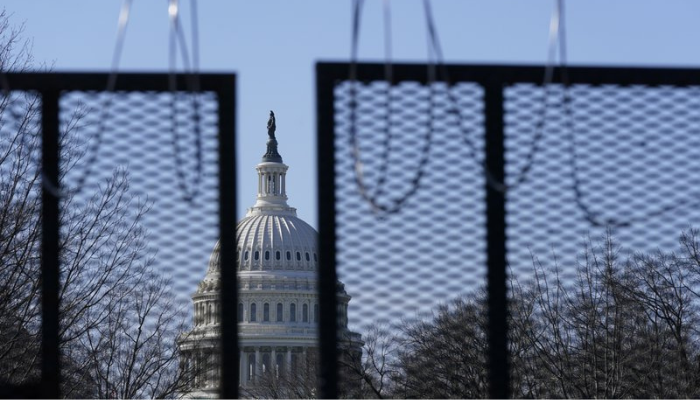 At least one officer was in serious condition, while the driver was in critical condition.

Capitol Police say the crash happened at a checkpoint near the Capitol. It comes as the Washington region remains on edge nearly three months after a mob of armed insurrectionists stormed the Capitol as Congress was voting to certify Joe Biden’s presidential win.

Capitol Police say that someone “rammed a vehicle into two USCP officers” and that a suspect was taken into custody.

The law enforcement officials told the AP that the suspect was shot and was being taken to the hospital in critical condition. One of the officers who was injured was taken by police car to the hospital; the other was being transported by emergency medical crews, the officials said.

The officials could not discuss the matter publicly and spoke to the AP on condition of anonymity.

The U.S. Capitol complex was placed on lockdown after the shooting and staff were told they could not enter or exit buildings.

Fencing that prevented vehicular traffic near that area was recently removed as the Capitol has started to open up after the Jan. 6 riots.

Hardware Stores And Garden Centers Stock Up For Spring And Summer