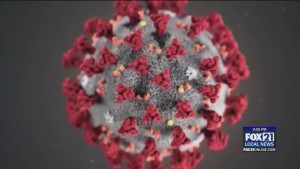 MINNEAPOLIS (AP) – Minnesota reported over 2,000 virus cases in a single day on Saturday for the first time since January, but also reported a daily record number of vaccinations administered.

Over the past two weeks, the rolling average number of daily new cases has increased nearly 58%, a worrying trend as Gov. Tim Walz pushes for widespread vaccinations.

It was a new daily high for shots. About 20% of the state’s entire population has been completely vaccinated.