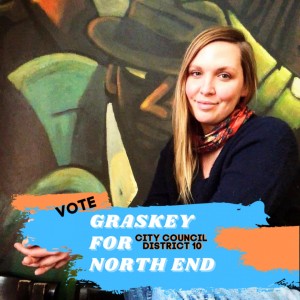 Graskey won the election with 174 of the votes to Kevin Keener, Jr.’s 36 votes.

Graskey will take over longtime Councilor Esther Dalbec’s seat after she announced she would not run for another term.

Graskey is a graduate of Superior High School and UW-Superior.  She is also the owner of the Spirit Room in Superior.