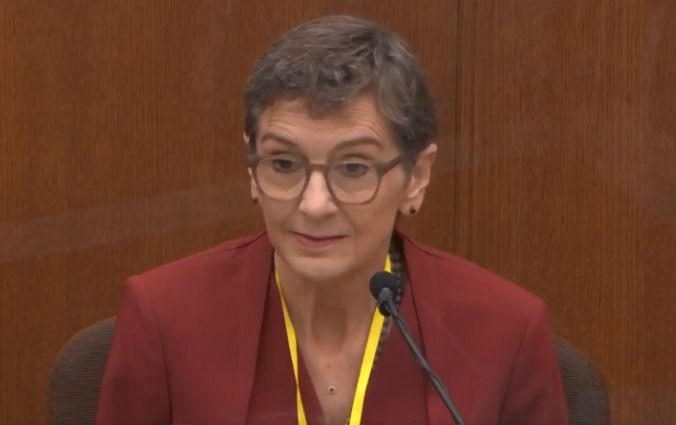 MINNEAPOLIS (AP) — A forensic pathologist says George Floyd died from a lack of oxygen that damaged his brain and caused his heart to stop, bolstering prior testimony by other experts.

Her testimony Friday also rejected the defense theory that Floyd’s drug use and underlying health problems killed him.

Her testimony comes a day after Dr. Martin Tobin, a lung and critical care specialist from Illinois testified at former Officer Derek Chauvin’s murder trial that Floyd’s breathing was too shallow to take in enough oxygen while he was pinned on his stomach with his hands cuffed behind his back for 9 1/2 minutes.