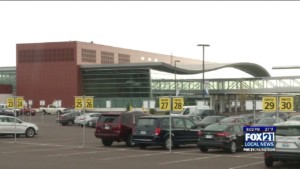 DULUTH, Minn — A big announcement is about to be made at the Duluth International Airport in just days involving a “new air service.”

The announcement will be made this Tuesday during a press conference at 11 a.m. about a “new air service coming to the region,” according to Natalie Peterson, the Duluth Airport Authority’s director of communications and marketing.  The event is not open to the public but will be streamed on DLH’s Facebook page.

The airport’s executive director, Tom Werner, will speak along with the vice president of the airport’s Board of Directors and a representative from the new air service.

While there are no specifics given about Tuesday’s announcement, airport officials have been pushing to get direct flights to and from Denver, as the Duluth International Airport does not have a western hub.

FOX 21 will have more on the specific announcement as soon as it’s made Tuesday.