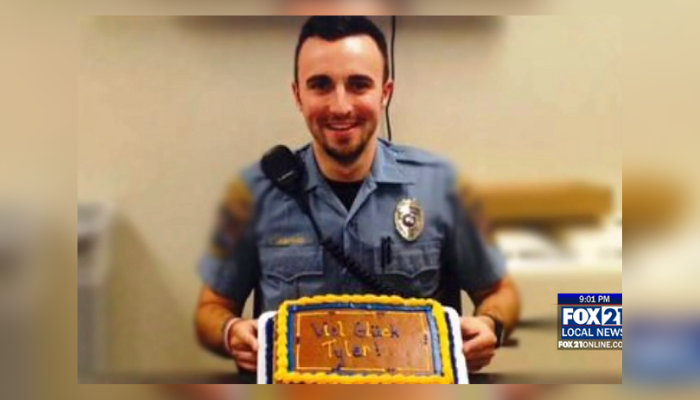 DULUTH, Minn. – The City of Duluth says the officer charged in a shooting last September that left a man with a bullet in his shoulder has not been paid since the beginning of the year.

According to a city spokesperson, Tyler Leibfried was last paid on January 15 but does remain employed by the city.

Leibfried, 28, was charged last November for shooting an unarmed man, 23-year-old Jared Fyle, through his apartment door during a domestic assault call on September 12.

According to the criminal complaint, Leibfried fired his weapon six times through the door of Fyle’s apartment on West First Street.

Fyle was struck one time in his back. The bullet is still lodged in his shoulder area because the surgical procedure to remove it is considered high risk.

He has pleaded not guilty to both charges.

Leifbfried is a five-year veteran of the department and is off duty indefinitely.

His next court date is July 19.