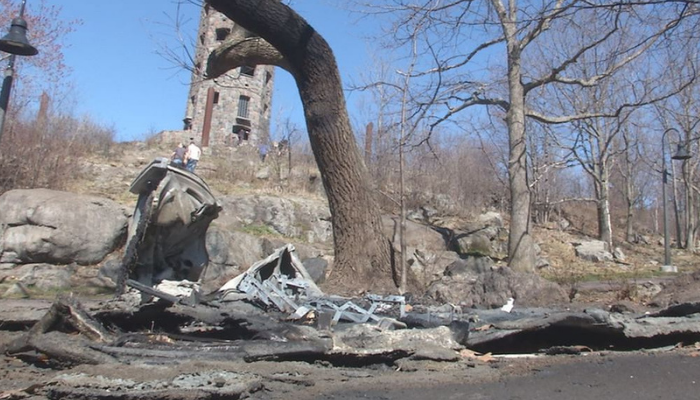 According to reports, fire crews responded to the call just after 7:30 p.m.

When crews arrived at Enger Park they found four porta-potties on fire which had spread to several nearby trees and ground vegetation due to the wind.

Fire crews quickly extinguished the fire. All four porta-potties were completely destroyed in the blaze.

The Fire Marshal is not investigating the incident.

The Duluth Fire Department says they will discuss with the Parks Department whether new porta potties will be placed in that location at Enger Park.

Fire officials would like to remind the public that porta-potties are put out as a service to the community and damage to them could result in them being permanently removed.