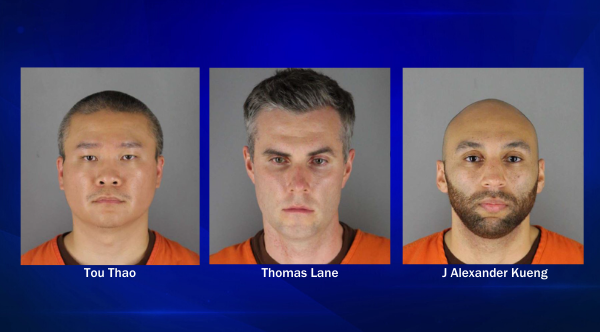 MINNEAPOLIS (AP) — Derek Chauvin’s murder trial was the first Minnesota criminal trial to be broadcast live on television. It won’t be the last.

Some in the Minnesota legal system were apprehensive about allowing the live broadcast of Chauvin’s trial over the killing of George Floyd, but the video feed had no major problems and bolstered the public’s understanding of the trial, Minnesota Public Radio reported.

A spokesperson for the Hennepin County court system said an order from Judge Peter Cahill to allow the live broadcast will still apply to the August trial of the other three former Minneapolis officers charged in Floyd’s death, Thomas Lane, J. Kueng, and Tou Thao.

Cahill ordered the trials to be broadcast live because of the intense global interest in the case and limited courthouse space due to the pandemic.

Minnesota court rules usually ban cameras at criminal trials unless both sides agree to them. Although Chauvin’s attorney quickly welcomed the live broadcast, Minnesota Attorney General Keith Ellison argued against allowing the live broadcast because he said it could intimidate witnesses.

But a week after the jury found Chauvin guilty, Ellison told WCCO-TV that the live broadcast “went pretty well.”

Minnesota on Track for Most Traffic Deaths Since 2007 If Driving Doesn't Improve, Officials Say