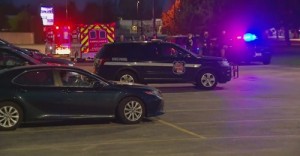 GREEN BAY, Wis. (AP) – Authorities in Wisconsin say a gunman killed two people at a Green Bay casino restaurant and seriously wounded a third before he was shot and killed by police.

Brown County Sheriff’s Lt. Kevin Pawlak says investigators believe the gunman was targeting a specific person in the attack Saturday, but that person wasn’t at the Oneida Casino at the time and the shooter targeted others instead.

Oneida Chairman Tehassi Hill told WLUK-TV on Sunday that the tribe prohibits firearms on its properties.

Patrons fled the casino after gunshots broke out around 7:30 p.m. A witness says he saw two people get shot and that the gunman was “shooting pretty aggressively.”