The daughter of murder victim Loretta Billman speaks out to raise awareness about domestic violence.

SAGINAW, Minn. – Every year, more than 600 American women are shot to death by intimate partners — roughly one every 14 hours, according to Giffords.org.

The senseless crime has no boundaries, and that was the case just months ago for a woman in Saginaw shot and killed by her significant other in a case of murder-suicide.

In a special report, giving a voice back to Loretta Billman through her daughter’s powerful words, with a goal of potentially helping others get out of a bad relationship before it’s too late, as FOX 21’s Dan Hanger reports. 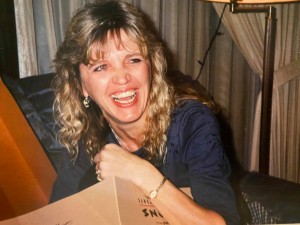 A bright smile, a hearty laugh and a love for life — just a few ways to describe 62-year-old Loretta Billman.

“Everybody thinks that their mom is the best mom, and I’m one of those people. She was such a great mom,” said Kari Matthes, Loretta’s daughter. “Very friendly, never afraid to say hi to somebody and never afraid to make a connection with somebody.” 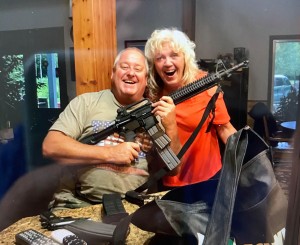 One of those connections was Bob Kerr, a 55-year-old man from Las Vegas who quickly moved in on Loretta after her longtime husband of 34 years passed away.

“My dad had just died when she started hanging out with him all the time. I don’t think my mom wanted anybody to see how awful he really was because she went all in right away with him,” Kari said.

Kari said the relationship would become isolating and controlling with bob lashing out at the two people closest to her mom — herself and her brother.

“He used a lot of slang that’s not OK for white people to use. He had a confederate flag hanging up in the garage, and my nephew is half black. So I mean when I say he’s hateful, I really cannot stress how hateful he really was,” Kari explained.

But everybody would find out in the most horrific way on a cold November morning inside Loretta’s home in Saginaw. 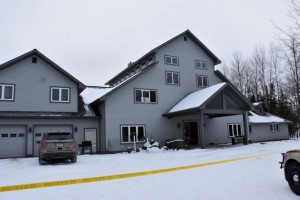 “Sounds like there’s possibly two people down. R-P is a first responder saying he’s assuming she died by gunshots. There’s blood all over,” the dispatcher said that morning. “Sounds like the party that went out to check on them is because somebody didn’t show up for work.”

“She had just said I can’t take this anymore. You need to leave,” Kari said.

“We were able to determine the suspect shot Mrs. Billman with a revolver — firing all the rounds, which was a six-shot revolver,” said Wade Rasch, a deputy supervisor with the St. Louis County Sheriff’s Office. She was shot in that living room area presumingly sitting on the couch and was found right there. That was undoubtedly very quick.”

And then Bob would take his own life with a different gun after tucking himself into bed in a nearby room.

“There’s no doubt about it, this act was filled with rage and hate, excessive force being used even in the actual murder itself. So I know that those people who loved Loretta Billman have had a difficult time to come to grips with such darkness, such an evil that could take away a loved one,” Rasch said. 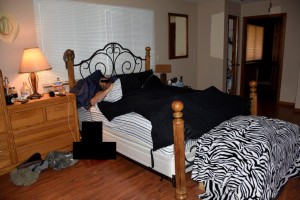 Bob shot and killed himself after shooting Loretta.

Miller says domestic violence is a multi-layered, complex issue that isn’t as easy to get out of as some might think, like telling a victim to just leave a bad relationship.

“There are real consequences that a victim has to weigh, whether she’s going to leave, which is one of the most dangerous things she could possibly do,” Miller said. 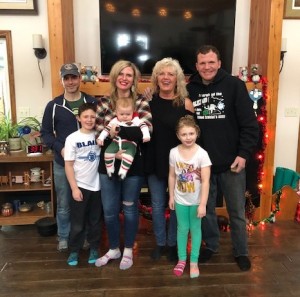 And Miller says some of the biggest warning signs of domestic violence include much of what Loretta was facing – isolation, control and pitting family members against one another.

“The idea behind it from the abuser is if he can control who she is talking to or limit who she’s talking to — that how he wants her to think will be what’s in her head rather than what they want her to think,” Miller said. “I mean somebody in a relationship that is supportive and loving and caring and respectful is only going to enhance all of their other relationships because they got so much energy from it. And when the opposite happens, there’s a question as to what’s going on, why is that:?”

“If she had just told us, literally any of this, if we were worried about her safety, we would have shipped her off to her friend’s house in California. We would have gotten her out,” Kari said. “He took a mom, and a grandmother and a daughter. My grandmother is burying her daughter. It’s horrific.”

And while the horror will never leave Loretta’s family, Kari hopes this story will help others facing evil so they don’t have to face the unthinkable.

“We can’t help her anymore, she’s gone, but if there’s anybody that can be helped that would be super great. Because then, ya know, maybe her voice wasn’t snuffed out for no reason, even though I mean it’s senseless and it happened, but if there’s something we can do just so nobody has to go through this — because this is hell,” Kari said.