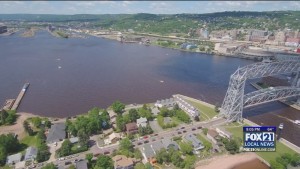 DULUTH, Minn. – The city of Duluth’s tourism tax revenue for the month of March is “up significantly” compared to this month last year, according to Jennifer Carlson, the city’s finance director.

The revenue is clearly a good sign of what’s ahead with Duluth’s summer tourism season really not kicking in until June.