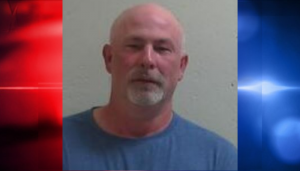 SUPERIOR, Wis. – A Superior gymnastics coach was arrested and charged on Wednesday for the alleged sexual assault of two teenagers he coached at Twin Ports Gymnastics.

George Deppa Jr., 47, of Superior, is charged with two counts of felony sexual assault of a child under 16 years of age and one count of exposing genitals.

According to the criminal complaint, the charges stem from incidents that occurred between June 1, 2020, and April 12, 2021, with two juvenile victims who were students Deppa coached.

Reports state that on April 12 Investigator Beekmann of the Duluth Police Department was made aware of a report taken by another officer of a 14-year-old girl who said her 13-year-old friend had been sexually assaulted by Deppa Jr.

The girl told police that she and her 13-year-old friend had gone out on Deppa Jr.’s boat on several occasions over the summer and he provided them with alcohol.

According to the complaint, the girl told authorities that during one of the boat rides Deppa Jr. took the 13-year-old downstairs in the boat, shut the door to the cabin, and left her alone upstairs.

When police reached out to the 13-year-old victim’s mother,  she confirmed that Deppa Jr. had coached her daughter in gymnastics and her daughter had spent the night at his residence on multiple occasions.

According to reports, the mother told authorities that her daughter was never alone during the sleepovers and other girls from gymnastics were also present. She also confirmed her daughter had gone on multiple boat rides along with her sister on Deppa Jr.’s boat during the summer.

During an interview with police on April 15, the 13-year-old victim told police of multiple instances where Deppa Jr. had made sexual advances towards her.

The victim told police that in one instance at his residence Deppa Jr. told her he wanted to “rub her down there” and began rubbing her leg. She said he continued to move his hand closer to her private area even after she told him to stop.

According to the criminal complaint, she told police that Deppa Jr. did not listen to her and proceeded to rub her private area over her clothes.

The victim said in another instance while sleeping on Deppa Jr.’s couch she woke up to him on top of her “making out, kissing her.” She told police she pushed him off of her and did not like it.

The victim told police that Deppa Jr. had “gummy things” that he would “shove in her mouth and they make someone sleepy.”

The teenage girl also told police of an instance where they were laying in Deppa Jr.’s bed watching a movie and when she looked over he was “showing his privates.”

According to the report, investigators asked if she said anything to Deppa Jr. when this happened and she told investigators “he said not to say anything like he always does. He says it every time he does something.”

The 13-year-old victim told investigators that Deppa Jr. had also asked her to send nude photos of herself to him and he would buy her Beats headphones if she did.

She told investigators she did not send him photos and that Deppa Jr. had given her and her sister money, headphones, AirPods, and Christmas gifts.

During a forensic interview with the 14-year-old victim, she told a social worker she had also been sexually assaulted by Deppa Jr,..

According to the criminal complaint, the victim described an instance when Deppa Jr. wanted to give her a massage and proceeded to sexually assault her.

The victim said she told him to stop and he said: “no, that he liked it.”

The 14-year-old victim told police that Deppa Jr. had recently contacted her and asked if she had told anyone and that he had received a call from a detective and “was not allowed to go to work now.”

She told police that she and the 13-year-old victim called him later that night to ask him “why did you do it?” to which Deppa Jr. replied, “because I thought that’s what you wanted.”

According to the criminal complaint, the victims told police Deppa Jr. made a comment about running in front of a semi because he “could not live with people looking at him ‘like that’.”

Later when Deppa Jr. was questioned by detectives he confirmed taking the victims for rides on his boat and having the victims to his residence on multiple occasions.

According to the criminal complaint, when asked about why the victims would say he made them uncomfortable he replied, “They asked me to buy them things, and I’d do it, then I said I can’t do it anymore.”