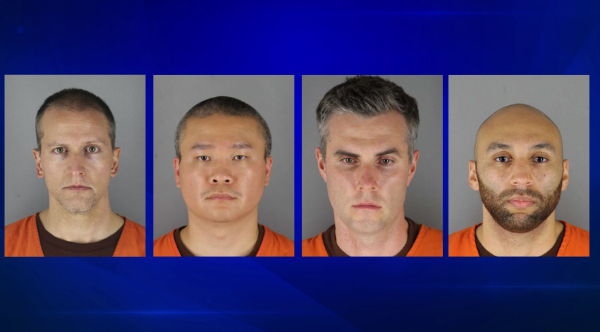 MINNEAPOLIS (AP) – A federal grand jury has indicted the four former Minneapolis police officers involved in George Floyd’s arrest and death, accusing them of violating the Black man’s constitutional rights as he was restrained face-down on the pavement and gasping for air.

All four officers are charged for their failure to provide Floyd with medical care.

Chauvin was also charged in a second indictment, stemming from the arrest and neck restraint of a 14-year-old boy in 2017.