Master Sgt. David Greiner was on his way to the Duluth base when the accident happened -- just months away from retirement after 20 years of service.

DULUTH, Minn. – The 148th Fighter Wing announced Sunday that one of their own was killed in a automobile accident near Hinckley, Minn., Friday afternoon while on his way to the Duluth base for monthly drill.

“It is with heavy hearts that we announce the death of Master Sgt. David T. Greiner, a Roads and Ground Supervisor assigned to the 148th Civil Engineering Squadron, 148th Fighter Wing, Minnesota National Guard,” a statement read on the 148th’s Facebook page. 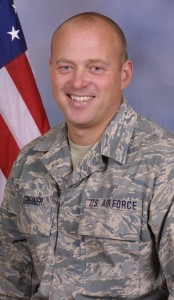 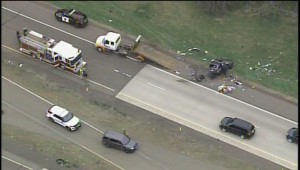 The crash happened around 4 p.m. on Interstate 35 near Highway 61, according to the Minnesota State Patrol.

Police say an SUV headed south on I-35 drifted into the median and collided with a northbound KIA Sportage driven by Greiner, 45.

At the scene, Greiner was pronounced dead.  The Minnesota State Patrol says Greiner was wearing his seatbelt at the time of the crash and alcohol was not involved.

The 21-year-old driver of the drifting vehicle, Tabitha Sue Sigler, of Cambridge, Minn., and her passenger, Santino Chavez, 36, of St. Paul were airlifted to a hospital with life-threatening injuries.   Sigler was not wearing a seatbelt at the time, according to officials.  Chavez was wearing his seatbelt.  The Minnesota State Patrol’s incident report said Sunday it was “unknown” if alcohol was involved with Sigler or Chavez.

At last report, it was also unclear what caused the SUV to go off the road. The investigation into the crash is ongoing.

Greiner, a Garfield, Minn. resident, had 20 years of military service and was planning to retire in a few months. He began his military journey in 2001 in the U.S. Army where he served as a helicopter mechanic for three years before joining the Minnesota Air National Guard as a heavy equipment operator, according to the Facebook post.  During his time at the 148th Fighter Wing, Greiner deployed to Bagram Airfield, Afghanistan, in 2010 and 2014.

“Master Sgt. Greiner quietly and effectively got the job done”, said Chief Master Sgt. Doug Ion of the 148th Civil Engineering Squadron. Ion, who deployed with Master Sgt. Greiner two times, added “Dave was always on point whether he was working on airfield infrastructure projects or removing an A-300 Cargo aircraft from an active runway during a combat deployment.”

Lyric Kitchen and Bar Reopens After Being Closed Since Pandemic Began