Wisconsin Woman Arrested For Drugs With 5 Children In Car 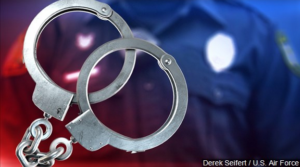 The Wisconsin State Patrol says it learned of the incident when a father called Saturday to request a welfare check on his 12-year-old daughter.

The girl was in a car headed to Wisconsin Dells with a friend and the friend’s family and told her father the adults were “smoking drugs.”

The girl gave updates on her location, which the father relayed to the state patrol. Troopers pulled the vehicle over near Hixton.

There were four other children in the vehicle.