One man was hospitalized after being shot in the leg. 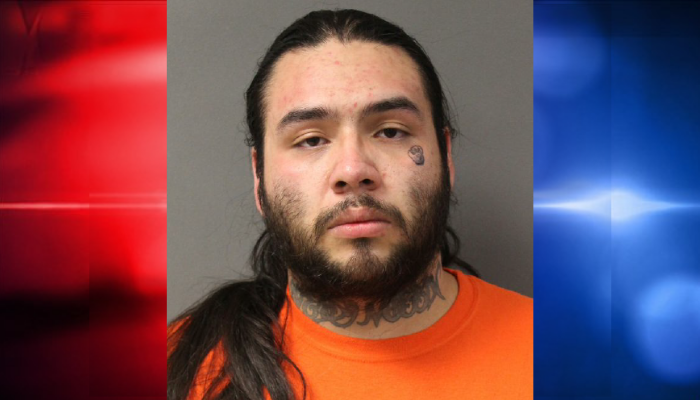 According to police, officers responded to a report of shots fired at a home at 227 Scotty Drive just after midnight.

Officers responded to the residence and confirmed the shooting. No one was reported injured in the incident.

Then around 12:30 a.m. Monday police received a second report of a shooting at 973 Ozhigaw Road.

A 27-year-old male was injured in the shooting incident and had a gunshot wound to the leg.

The male victim was transported to Essentia Health in Duluth.

Authorities say both incidents appear to be related with one suspect on the run as of late Monday.

An arrest warrant has been issued for 26-year-old Nicholas Joseph Ammesmaki for 1st Degree Assault-Great Bodily Harm and Possesses any type of firearm/ammo-Crime of Violence-ineligible.

According to police, Ammesmaki was last seen leaving the scene in a 2003 silver Pontiac Bonneville with MN license DWL 944.

Ammesmaki is considered armed and dangerous, according to Cloquet police.

Anyone with information about Ammesmaki’s whereabouts is asked to call 911.  Anonymous tips can be sent by texting TIP CLOQUETPD, followed by your message, to 888777.