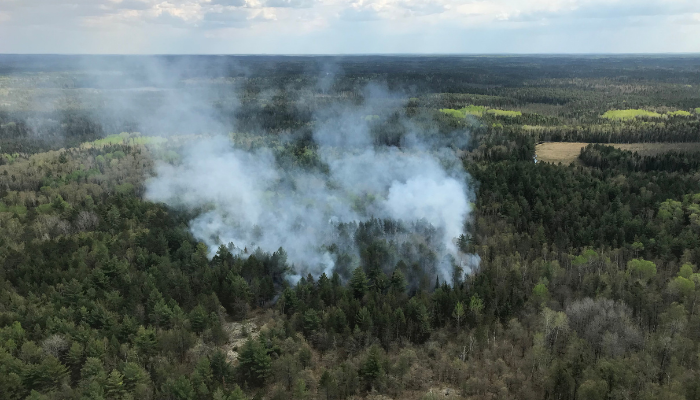 UPDATE:  Forestry officials say the fire has grown to more than 1,600 acres as of Tuesday evening.  The fire is about 16 miles north of Tower, Minn., and moving northward.

SUPERIOR NATIONAL FOREST, Minn. – The U.S. Forest Service says a wildfire started by a lightning strike has been detected on the LaCroix Ranger District of the Superior National Forest.

The fire, believed to have started on Monday afternoon, is located northwest of Bezhik Lake and west of Big Moose Lake within the Trout Lake unit of the BWCAW.

At this time the fire is away from any travel routes and lakes or rivers.

“Due to the remote location and late time of day, it was not safe to put firefighters on the ground last night,” said Tim Engrav, Public Information Officer with the Superior National Forest.

More flights are planned for Tuesday morning to get an updated assessment of the blaze.