Gilbert Man Arrested, Charged for Exposing Himself to Children 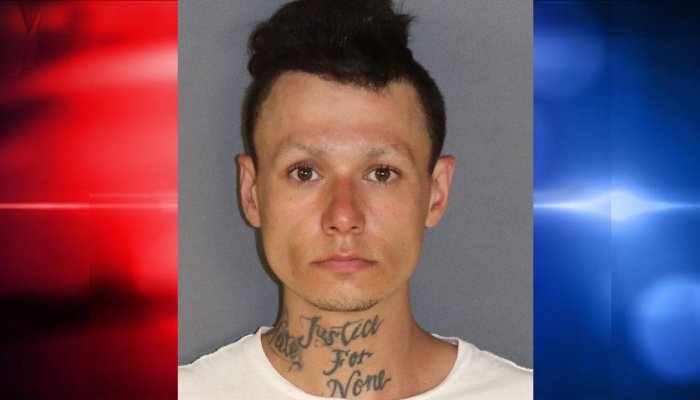 VIRGINIA, Minn. – Police say a 27-year-old Gilbert man was arrested Monday after exposing his genitals to multiple children and hitting a woman on the buttocks as she mowed her lawn in Virginia.

According to the criminal complaint, Logan Andrew Smitherman has been charged with fifth-degree non-consensual sexual contact and two charges of fifth-degree lewd exhibition with children under 16 present.

Virginia Police say they responded to multiple reports around Virginia on Monday involving a man described as shirtless, with red shorts, and a swastika tattoo on his chest.

The first report involved a female who said she was mowing her lawn on Fifth Street South when Smitherman approached her from behind and “hit her on the buttocks.”

The female told officers she told the man to go away but he came back two more times before she ran to her neighbor’s house and asked them to call 911.

According to the complaint officers then received a second report from a teenager on Fifth Avenue South who told police that she was setting up a swimming pool in her front yard when Smitherman approached her and said “come here.”

She told police she then went to her backyard to where her younger sister was when Smitherman then dropped his shorts and exposed himself to the two children.

The teen told officers she grabbed her younger sister and ran into the house as Smitherman ran away from the residence.

The third report came from the area of the Virginia High School where a girl told police that as she was leaving the high school she saw Smitherman running towards her on Fourth Street South.

She reported that Smitherman put his arm around her and asked if she was OK.

Officers located Smitherman on the 400 block of Sixth Street South and arrested him.