Floyd Killing Prompts Some States to Limit or Ban Chokeholds 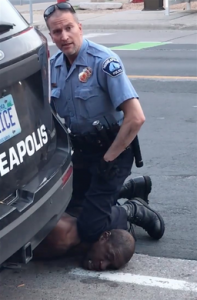 (AP) – At least 17 states have prohibited or severely limited the use of chokeholds and neck restraints by police officers in the year since George Floyd was killed in Minneapolis after being pinned under an officer’s knee.

Data provided to The Associated Press by the National Conference of State Legislatures shows most of the actions were taken in states controlled politically by Democrats, but several Republican-led states also took steps to restrict the technique.

Many of the new laws include criminal penalties if police injure or kill someone by restraining their airway. Experts say that’s important to get officers to comply.