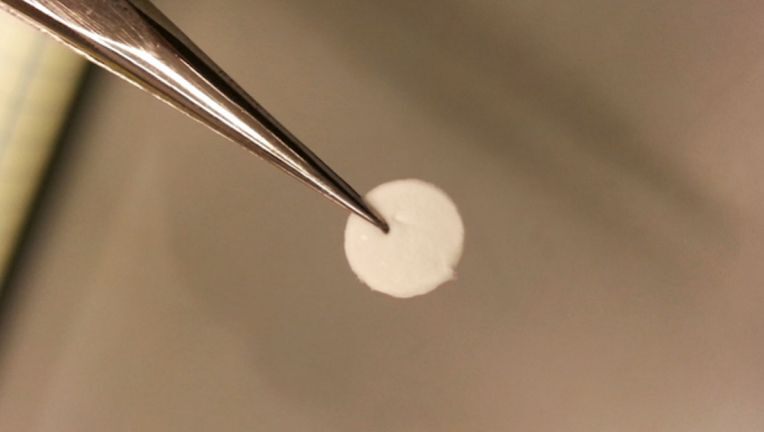 (FOX 9) – Researchers believe a newly developed wafer could be the vaccine-delivery device of the future.

A University of Minnesota professor and a Mayo Clinic professor were part of the team of researchers that created a polymer wafer that can deliver and preserve vaccines when placed under the tongue.

In a release from the University of Minnesota, researchers say the membrane under the tongue can absorb drugs. There are several existing drugs that are delivered through under-the-tongue absorption, but many vaccines requiring larger molecules have not been able to absorb into the body in this way historically.

These researchers focused specifically on a potential HIV vaccine, which does not exist yet in part because of problems with how to deliver it, said Chun Wang, an associate professor of biomedical engineering at the University of Minnesota.

His team sought to take a large molecule, like a protein, and deliver it via absorption under the tongue to avoid vaccine hassles like needles and cold storage.

“It turns out that we have demonstrated it actually can work with a rather simple but elegant material platform,” he said.

Wang called the wafer a “small step in this long journey,” but said vaccines based on DNA, RNA and proteins, like the COVID-19 vaccines, could someday be delivered in this way. Such a breakthrough would make the transportation and delivery of vaccines easier across the globe.