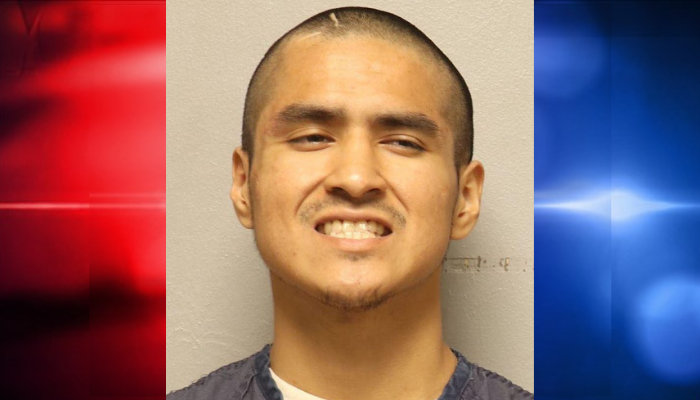 SUPERIOR, Wis. – Authorities say the male suspect arrested in Duluth Wednesday in connection to an armed robbery and shoplifting incident in Superior has been formally charged.

According to the criminal complaint, officers responded to a CVS Pharmacy located at North 28th Street and Tower Avenue around 5:45 p.m. on reports of an armed robbery.

When officers arrived at the scene an employee told police that a male wearing a black mask, gray sweatshirt, black pants, and red shoes had attempted to rob the store.

During the attempted robbery the suspect had also robbed and tased a female customer.

According to the complaint, another employee told police that the suspect came up to the register, placed items on the counter, lifted his shirt to show what appeared to be a handgun in his waistband, and said “I want all of the money out of the register.”

While the shift manager tried to open the register the suspect approached the female customer that he then tased and robbed before fleeing the store.

According to the complaint, law enforcement learned that the suspect was also a suspect in a shoplifting incident at Walmart on May 24 and May 26.

Authorities reviewed security footage from Walmart and were able to identify a vehicle driven by the suspect.

Around 9:36 p.m. a Superior officer located the suspect vehicle driving on the Belknap Viaduct and attempted to stop the vehicle.

According to police, the vehicle fled the squad car and led officers on a short pursuit that ended at the Blatnik Bridge.

The suspect vehicle continued over the bridge to Duluth where Minnesota State Patrol officers located the vehicle and pursued it.

According to the complaint, troopers utilized a PIT maneuver to conduct a traffic stop of the suspect vehicle at which time Cutbank exited the driver’s seat of the vehicle and “what appeared to be a revolver handgun fell out of his pants onto the ground.”

Cutbank and a female passenger were both arrested.