In the past nine months, surveyors have discovered a gallon of mostly rocks and wood but also taconite pellets, nails, and other man made fragments.

DULUTH, Minn.- The U.S. Army Corps of Engineers and the City of Duluth have announced a plan to cleanup aluminum and tin metal fragments from Park Point Beach.

The Corps had spread dredged sediment the help rebuild the beach washing away on Minnesota Point — but it left shards of decades old aluminum cans mixed into the sand.

Since then surveyors have discovered a gallon of mostly rocks and wood but also taconite pellets, nails, and other man made fragments. The aluminum can pieces were found to be lighter and more spaced out. 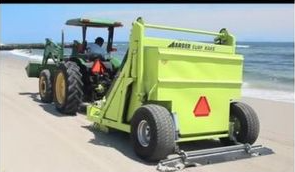 Now they say they will start going through the sand with what’s called a mechanical beach rake to sift out any pieces that are sitting near the surface.

“That device will remove all the debris in the sand including things obviously like the can fragments but also things like cigarette butts and other things along the way,” said Corey Weston, Chief of Construction and Survey for the Army Corps of Engineers.

Starting this month crews will also remove the dredging debris from the water between 7th and 10th street. Barrels will mark areas closed to the public.

The first of three phases of that cleanup should end next week. The second phase is set to be complete by the end of June, with the third phase to start once that’s complete.

“People can safely enjoy the beach right away from 10th Avenue. That first three blocks, until we give the all clean, we would advise for all to just stay away from that area,” said Jim Filby Williams, Director of Parks, Properties, and Libraries.

“I think it’s safe to say that when they are done with that that that top six inches of sand will be as clean as the sand has been on Park Point in, well a long time,” he said.

Army Corps of Engineers officials say over the past nine months they’ve worked with Park Point Community Club Members to collect a rolling household garbage can worth of aluminum fragments and other trash brought in by the waves and disposed of on the beach.