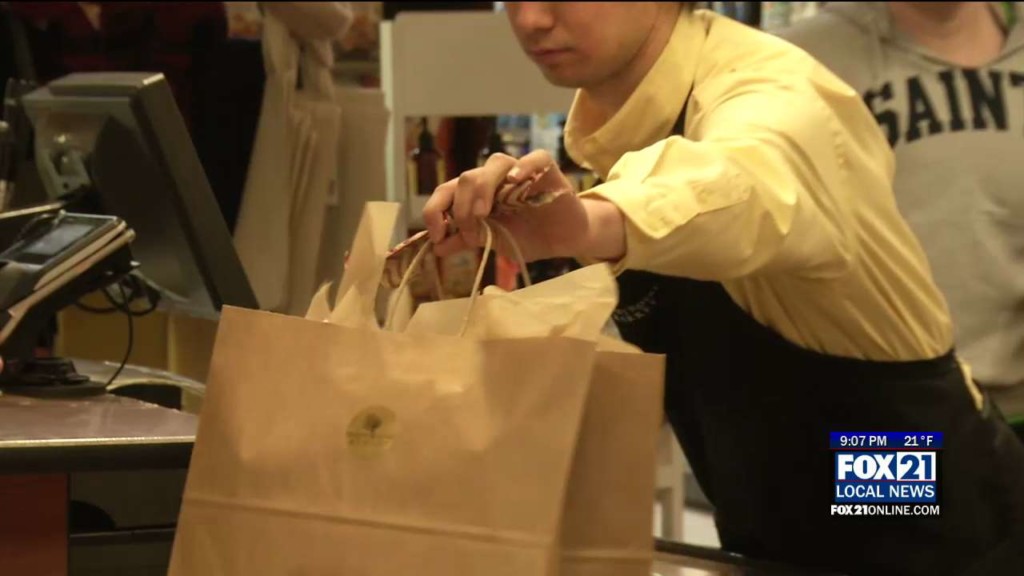 NEW YORK (AP) — Retail sales fell in May, dragged down by a decline in auto sales and a shift by Americans to spend more on vacations and other services instead of goods.

Total sales dropped a seasonal adjusted 1.3% in May from the month before, the U.S. Commerce Department said Tuesday. Wall Street analysts expected a smaller decline of 0.5%.

Economists predicted retail sales to drop in May because of the lack of cars available for sale due to a worldwide shortage of chips, which are needed to power in-car screens and other features. Sales at auto dealerships fell 3.7% last month, according to the Commerce Department.

Another reason for the decrease: As more Americans are vaccinated and want to head out more, they are spending more of their money on haircuts, trips, and other services that are not included in Tuesday’s report. Last month, sales fell at furniture, electronics, and home building stores.

“Consumer spending growth through the rest of the year will shift to services from goods,” wrote PNC chief economist Gus Faucher.

Sales at restaurants rose nearly 2%, according to Tuesday’s report. And those seeking a new outfit to go out in helped clothing store sales rise 3%.

Retail sales have been choppy even with an improving U.S. economy, falling unemployment rate, and a rise in consumer confidence. Retail sales fell at the end of 2020 and in February of this year. But spending surged almost 11% in March as Americans received and spent their $1,400 stimulus checks. On Tuesday, the Commerce Department revised April’s number upward to a 0.9% increase after previously reporting no change in sales.

Despite May’s drop, retailers have been optimistic that the vaccine rollout will lead to more people in their store aisles. Electronics chain Best Buy, for example, said it expects a key sales figure to rise this year, after previously expecting it to fall.

And the National Retail Federation, which represents Walmart and other big chains, updated its forecast for the year, saying it now expects retail sales to rise as much as 13.5% this year from 2019, up from its previous forecast of at least 6.5% growth.

“The economy and consumer spending have proven to be much more resilient than initially forecasted,” said Matthew Shay, the trade group’s president and CEO.