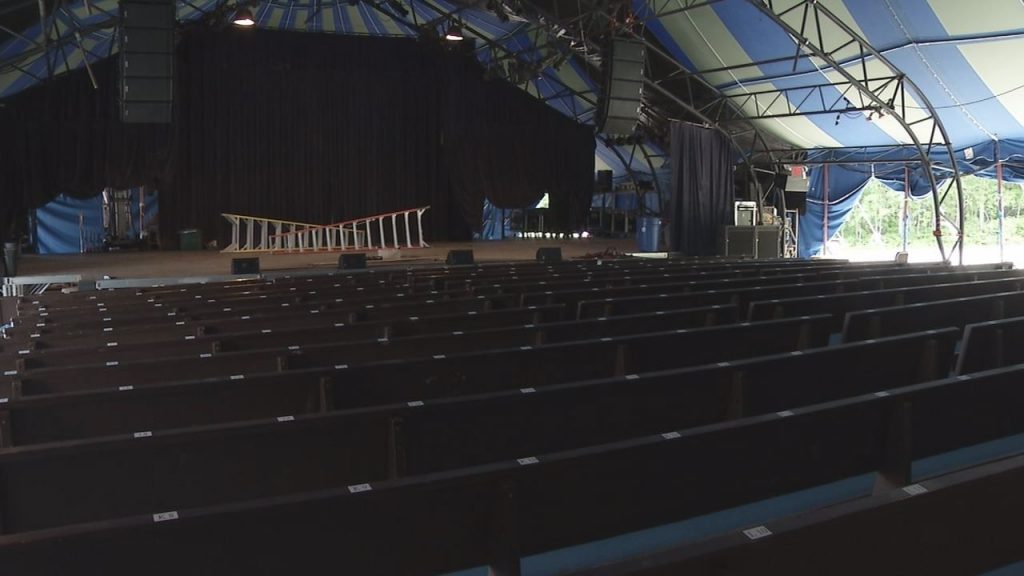 BAYFIELD, Wis. – The Big Top in Bayfield is returning for its 35th anniversary year.

“We can’t wait for our grand reunion when we see you all back up at the tent, and we are able to join again in the joy of live performances,” says Big Top’s Executive Director Terry Matier. This is Big Top’s 35th Anniversary Season which opens on Friday, June 18 with the resident troupe, the Blue Canvas Orchestra, hosted by author and humorist Michael Perry. “We’ll be performing lots of upbeat and celebratory music for our first nights back together,” says Musical Director Ed Willett. “Expect some new music from shows we’ve been working on, plus some Big Top classics and favorites.”

Two new shows will also feature members of the Blue Canvas Orchestra and special Native American guest artists from around the region.