The condition of the victim was not immediately known. 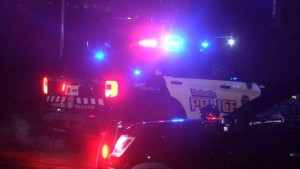 Duluth police on scene of the shooting Sunday night.

One male was shot and taken to a local hospital with unknown injuries.

At last report, police were asking the public to avoid the area while officers were investigating.

As of 10 p.m. Sunday, there was no word on a possible suspect or if anyone was taken into custody.

This block is the same block where a man was shot and killed in May, which became Duluth’s first homicide of 2021.

New Self Pour Bar to Open in Superior