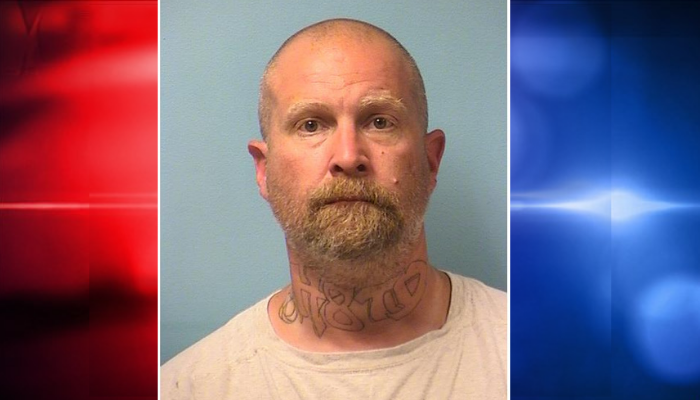 ST. CLOUD, Minn. – The 45-year-old Duluth man arrested for the murder of 68-year-old Ed Ward has been formally charged.

According to the criminal complaint, St. Cloud police responded to reports of a shooting at a residence around 6:16 a.m. Sunday where officers found Ward shot in his doorway.

Ward was transported to the St. Cloud Hospital where he later died from his injuries.

Beckman was found and arrested by authorities a short time later walking in the area of Halenbeck Hall, about 1.5 miles away from the scene, with a .45 caliber handgun in his hand.

The handgun and cartridges were consistent with the items recovered from the scene of the shooting.

According to reports, Beckman admitted to the shooting and was arrested without incident.

He told authorities that he had gotten lost while driving on Island View Drive, swerved to miss a large tree branch in the road, and crashed the stolen car he was driving in a front yard.

Beckman then told investigators that he knocked on the front door of the home where had crashed claiming to need help.

According to the criminal complaint, Beckman explained that when Ward answered the door he “believed he was the male who had pointed the tan rifle at him earlier;” he then drew his firearm, and pulled the trigger shooting Ward twice as he tried to slam the front door shut.

Beckman also told authorities that he “was not sure if this was a delusion or not, and claimed to have been diagnosed with PTSD, bipolar disorder, schizophrenia, and manic depressive disorder.”

According to court documents, a neighbor’s surveillance camera shows the stolen Audi Beckman was driving traveling at a high rate of speed toward debris in the roadway at 6:11 a.m. followed by the sound of brakes being applied.

In an additional surveillance video, two apparent gunshots can be heard at approximately 6:12 a.m followed by Ward yelling for his wife.

Officers that searched the stolen Audi located a black pellet gun on the driver’s seat floorboard, a .45 caliber magazine with four live bullets on the passenger seat, and drugs and drug paraphernalia.