Britney Spears Asks Judge to Free Her From Conservatorship 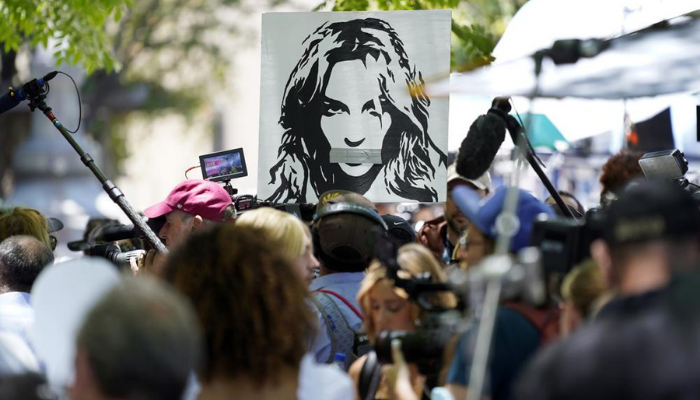 LOS ANGELES (AP) — Britney Spears asked a judge Wednesday to end court conservatorship that has controlled her life and money since 2008.

The dramatic request at a Los Angeles hearing came with her first words in open court in the conservatorship in its 13-year existence.

Spears called the conservatorship “abusive,” and condemned her father and the others who have controlled it.

“I want to end this conservatorship without being evaluated,” Spears said in a long, emotional, and sometimes profane speech, in which she condemned the legal arrangement and her father, who has controlled it for most of its existence.

“This conservatorship is doing me way more harm than good,” she said. “I deserve to have a life.”

Spears said she wants to marry her boyfriend and have a baby, but the conservatorship won’t allow her to.

About 100 fans from the so-called #FreeBritney movement gathered outside the courthouse before the hearing, holding signs that read “Free Britney now!” and “Get out of Britney’s life!”

Jennifer Preston, 33, crossed the country from Richmond, Virginia, to be outside the hearing because, she says, “I’m a mom and I’m a fan.”

“We’re here to hear what she has to say,” Preston said. “She’s been treated like a child for the last 13 years, she hasn’t had control of her life or her finances, even though she’s clearly capable enough to do those things.”

Her court-appointed attorney, Samuel Ingham III, made a request for the pop star to address the court at an April hearing. He said Spears has not officially asked him to file a petition to end the conservatorship.

Britney Spears has spoken in court in the conservatorship before, but the courtroom was always cleared and transcripts sealed.

The last time she was known to have addressed the judge was in May 2019.