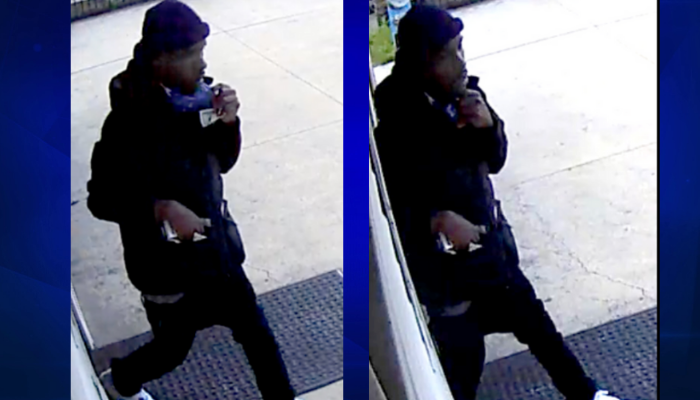 DULUTH, Minn. – The Duluth Police Department is asking for the public’s help in identifying the suspect from the Tuesday morning Sadi’s Smoke Shop robbery.

Video surveillance from the smoke shop was recovered by investigators with the Duluth Police DepartmentsViolent Crimes Unit.

According to police, officers responded to a hold-up alarm at the smoke shop located on the 1600 block of London Road around 11:37 a.m.

When police arrived at the scene the suspect had already fled north of the business on foot.

Duluth police say the suspect reportedly was armed with a handgun during the robbery and took an unknown amount of cash.

The Duluth Police Department is asking the public to contact the Violent Crimes Unit at 218-730-5050 if you know who this person is or have information about this incident.