The vehicle went airborne between the Pickwick and Fitger's complex. No one was injured. 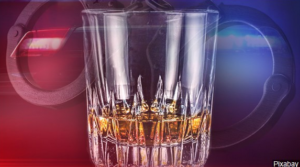 DULUTH, Minn- A 20-year-old male has been arrested for Driving Under the Influence following an early morning crash Saturday.

According to a spokesperson with the Duluth Police Department, just before 3:00 a.m. this morning, a Duluth Police officer was on patrol near the 600 block of East Superior Street when he observed a vehicle driving at a high rate of speed through the Pickwick Restaurant parking lot.

The vehicle hit a grassy knoll on the boulevard between the Pickwick and the Fitger’s complex and became airborne. The car eventually
crashed into a light pole along the sidewalk.

Pedestrians were in the area, but thankfully no one, including the driver, was injured.

According to the spokesperson, as a result of the investigation a 20-year-old male was arrested and booked into the St. Louis County Jail, awaiting formal charges that include 3rd degree DUI, which is a gross misdemeanor in Minnesota.

The preliminary investigation showed the driver to have a blood alcohol content more than 2 1/2 the legal limit (.21 BAC).

The spokesperson said the Duluth Police Department would like to remind you of the dangers of drinking and driving. Find a sober ride home.