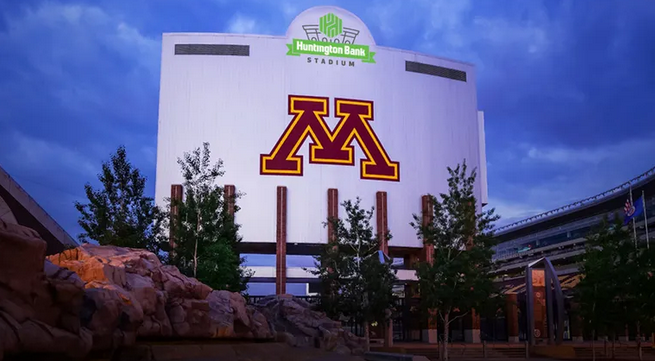 MINNEAPOLIS (AP) – The University of Minnesota Board of Regents on Tuesday voted in favor of renaming the Gopher’s football stadium to Huntington Bank Stadium.

The change is effective immediately.

The stadium had been known as TCF Bank Stadium since it opened in 2009, but Huntington completed its merger with TCF earlier this month.

Minnesota’s first game in the renamed stadium will be Thursday, Sept. 2 against Ohio State.

Kickoff is at 7 p.m. and the game will be broadcast nationally on FOX.