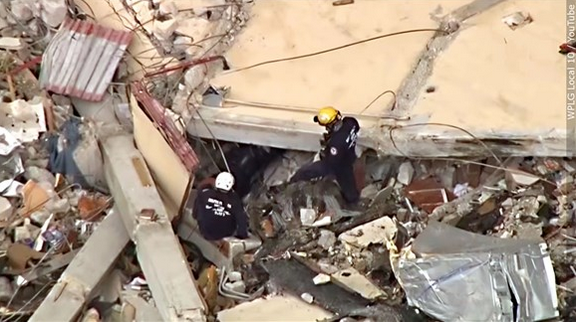 SURFSIDE, Fla. (AP) – The discovery of four more victims in the rubble of a collapsed Florida condominium building has raised the death toll to 32.

Tropical Storm Elsa has begun lashing the state on a path that will mostly spare South Florida. But bands of rain are expected in Surfside as Elsa gains strength.

The search crews can work through rain, but lightning from unrelated thunderstorms has already forced them to pause at times, and a garage area in the rubble-filled with water.