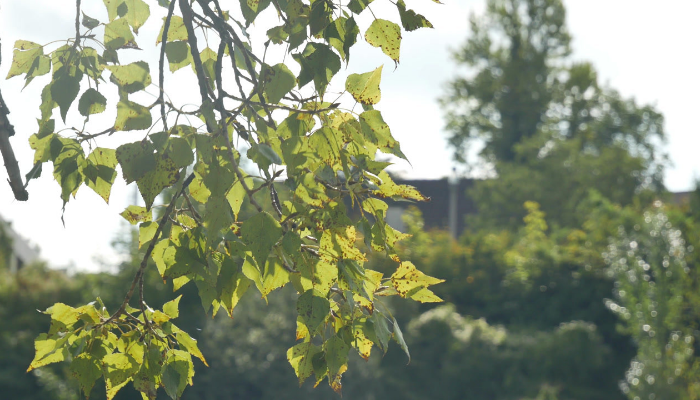 ST. PAUL, Minn. (AP) — Foresters and landowners are concerned that a disease that kills oak trees is creeping farther north in Minnesota.

The mighty oak is one of the most abundant trees in Minnesota. Oak wilt was been around for decades and has been confirmed in 40 Minnesota counties. But, the Minnesota Department of Natural Resources is now finding cases farther north than ever before, most recently in Crow Wing County, Minnesota Public Radio News reported.

“I consider oak wilt to be really one of the top forest health issues in this part of the state. In particular, because we have so many red and pin oaks up in this area,” said Rachael Dube, a DNR forest health specialist in Brainerd.

Dube counted 40 oak trees around her home in Brainerd. She lives less than 10 miles from where oak wilt was recently confirmed.

“I talked with people not only that have had (trees with) oak wilt but are concerned about getting it. And it’s an issue that people are starting to become really passionate about in the area,” Dube said.

The non-native disease slowly kills the leaves of an oak tree and, eventually, the tree itself. It spreads through its root systems and through open tree pores. People accelerate the spread when they prune oaks and carry infected firewood across the state, foresters said.

“I would say the reaction that a lot of these landowners had, with finding out that they had oak wilt, was really a feeling of being overwhelmed,” said Shannon Wettstein, district manager at the Morrison Soil and Water Conservation District who works with landowners.