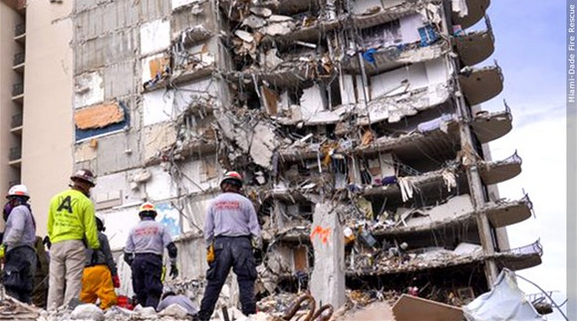 SURFSIDE, Fla. (AP) – The search for victims of the collapse of a Miami-area high-rise condominium has reached its 14th day, with the death toll at 46 and authorities sounding increasingly grim.

Crews have been digging through pulverized concrete where the Champlain Towers South building in Surfside once stood.

The fire department released a video showing an up-close look at the search on Tuesday when eight more deaths were announced.