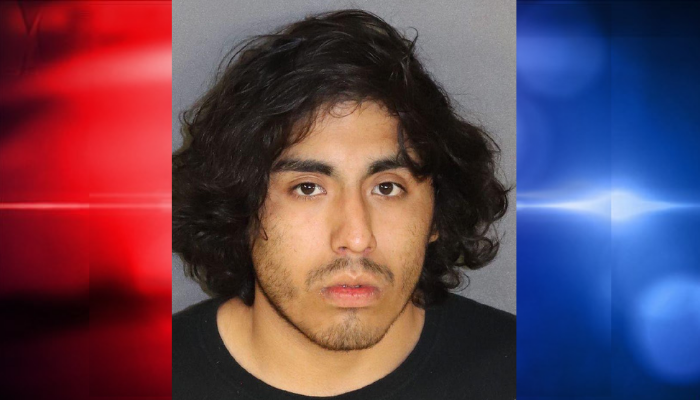 According to police, officers responded to the 2600 block of 3rd Avenue East in Hibbing on reports of an assault around 4:40 p.m. Monday.

When officers arrived at the scene they spoke with a 20-year-old female who told them when she returned home from work she found her 1-month-old baby lying in a bed with extensive bruises to the baby’s face.

The woman told police when she confronted her boyfriend, Jose Flores Gurno, about the bruises, it then turned into a physical altercation.

According to the criminal complaint, the adult female victim told police that when she told Gurno she was going to call the police he attempted to punch her “but he might have hit the baby instead” and then he put her in a chokehold while she was holding the baby until she lost consciousness.

Officers reported that the baby had several bruises to the face and neck, a bloody nose, and bite marks on the baby’s arms.

The baby was airlifted to St. Mary’s in Duluth in critical but stable condition where it was learned that the baby had a subdural hemorrhage, significant retinal hemorrhages in both eyes, and was mildly hypothermic.

Authorities say the injuries were said to be consistent with non-accidental trauma.

During an interview with police Gurno said that he had taken the baby to a friend’s house where he drank to the point of blacking out.

He told police that he was not sure how the baby got the injuries but “it must have been him since he was the only one with the infant.”

Gurno was arrested and formally charged on Thursday with first-degree assault, domestic assault by strangulation, two counts of third-degree assault, and child endangerment.